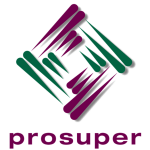 After introducing massively unpopular superannuation changes in last year’s Budget, which some commentators believe were a major factor in the Coalition almost losing the election, this year’s changes took a different, albeit somewhat astonishing, tack. At first glance, they seem not to be about improving the retirement incomes of Australians, but rather using superannuation to ameliorate the housing affordability crisis. Yes, you’ve read that correctly.

The thing is, when assessing the measures’ potential impact on the problem, several clichés come to mind. Settling on just one of these, and to paraphrase a former Prime Minister, the proposed changes are like flogging the problem with a limp lettuce leaf.

Now, that’s not to say that all of the changes are completely without merit. It’s just that, on any reasonable measure, their chances of improving housing affordability are somewhere between zero and…nil.

The Government has announced that, from 1 July 2017, first home buyers will be able to make voluntary contributions above their compulsory super guarantee contributions, then in future withdraw up to $30,000 of those contributions (plus the associated earnings) to put towards a home deposit.

The withdrawal will be notionally assessable income, but will attract a 30% tax offset.

Now, this looks good on paper, and in theory. But, how do you think it’s going to work out there in the real world?

So, our budding first home-owner is better off each year by $5,200 x 15% = $780 in the deposit stakes. They have a $30,000 limit to this scheme, so the total benefit would be $30,000 x 15% = $4,500 in additional deposits, over about 6 years of saving at $100 per week, versus saving this money in after tax income today. Not nothing (and better than a kick in the pants), but I think you’ll agree that it isn’t solving the housing affordability crisis for first homebuyers anytime soon.

However, there is a bigger issue here for superannuation funds. Because this only applies to voluntary contributions from 1 July 2017 and it extends to earnings on those contributions, super funds will have to start asking members whether they are first homebuyers and, if so, they will need to establish and maintain separate accounts for them, up to a $30,000 limit. Then, once that limit is reached, they will need to switch back to channelling the member’s voluntary contributions into their normal accumulation account.

Bear in mind that this change is supposed to start in less than two months. As if super funds don’t have enough changes to deal with at the moment!!

Over 65’s Can Contribute Some Home Sale Proceeds into Super

Now, as super advisors we like this measure. However as we explain, it’s probably not too likely to affect housing affordability.

The Government has announced that, starting from 1 July 2018, a person aged 65 or over can contribute up to $300,000 from the proceeds of a principal place of residence sale into super. This:

Note that, while it is not specifically stated, we doubt that this would constitute an addition to the amount which a person could have in pension phase in a fund. That is, if a person was already receiving a pension for $1.6m, this extra amount could be contributed to super, but it would presumably need to stay in accumulation phase.

The reason why we doubt this will have too much effect on housing affordability is that, even if a person or couple downsizes their house, chances are this measure will have greatest value to a couple who are selling a rather expensive home, with a view to buying a cheaper home or unit. Now, last time we looked, the average struggling first homebuyer wasn’t in the market for an expensive home…they were in the market for a cheaper home or unit. This measure runs the risk of marginally reducing the price of top-end housing, but increasing the number of buyers in the market for cheaper homes. [Homer Simpson might have something to say here.]

Until people get used to the phrase “transfer balance cap”, we usually talk to them about the “$1.6m pension limit”, to describe the changes coming in for high balance members from 1 July 2017, and the “$1.6m balance limit” to describe the level of total superannuation at which they can no longer make non-concessional super contributions.

The Government has decided that, from 1 July 2017, the gross (rather than net) asset value of a fund using LRBA’s will be counted towards both the $1.6m pension and balance limits. If you are interested in the rationale and workings of this measure in more detail, please read on.

There has been a strategy floating around in relation to this limit for SMSFs over the past few months, which the Government has now negated. To explain with an example: take a single member fund, which member has a balance as at 30 June 2017 of $1.6m. Under the new rules, they could not make any further non-concessional contributions to superannuation, as their balance is already $1.6m.

However, what if they were to find an investment property worth $1m, and enter into an LRBA? Under existing rules, it would be perfectly legal for them to use, say, $500,000 of existing super balances as a “deposit”, then borrow the other $500,000 via an LRBA.

The Government has chosen to discourage this, by counting the gross asset value, rather than the net, in the pension and contribution limits from 1 July 2017. There is no indication whether they will grandfather pre-existing LRBAs at this stage.

Once again, this might have seemed like a relatively simple idea to the Treasury boffins who came up with it in their Canberran ivory towers. However, in practice it means that we will now need to keep two, separate member balance calculations for funds which have LRBAs: one, being the “normal” member balance reported to members at year end and which represents their real, actual entitlement; and a second “imaginary” balance, which represents the amount they would be entitled to if the debt fairy descended on them and magicked-away their bank loan.

We’re not sure what to make of this, as it’s wholly lacking in detailed explanation, so in that absence we’ll simply reproduce what was in the Budget papers:

From 1 July 2018, the Government will further improve the integrity of the superannuation system by reducing opportunities for members to use related party transactions on non-commercial terms to increase superannuation savings.

Your guess is as good as ours!

Have you subscribed to our FREE