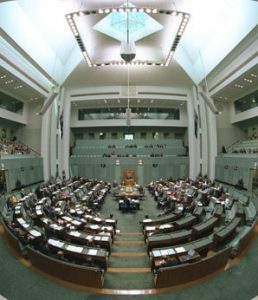 Treasurer, Josh Frydenberg has released his Budget for the next 12 months and he seems to be in an expansive mood.  In the superannuation arena, most announcements could be viewed as relaxations or concessions.

While a number of the measures may prove to be more headline than outcome, depending on how well they are executed, there were a few announcements which should be very useful in planning for retirement.

Until the last few years, a person over the age of 65 years needed to meet a “work test” in order to make most types of contributions to super.  From 1 July 2020, individuals under the age of 67 can make up to $100,000 of after-tax contributions, regardless of their work status.  This Budget now intends to extend that concession to those aged less than 75 years.  [Note that, for those aged between 65 and 75, the work test still needs to be met for concessional (deductible) contributions.]

This measure, if enacted, will significantly enhance the opportunities around withdrawal and recontribution strategies, which can be useful to both even out balances between couples, and to cycle otherwise taxable components to non-taxable amounts.  All advisors and their superannuant clients between 65 and 74 should meet and speak about this opportunity, should it pass into law (a start date of 1 July 2022 is anticipated).

At present, you must be over age 65 to make downsizer contributions.  The Government is proposing to reduce this age to 60 years, with effect from 1 July 2022.

A “downsizer” contribution is one of those few concessions which is not subject to any of the usual age, working or total super balance limits.  In other words, anyone who meets the conditions can make the contribution.  Members should check with their adviser before making such contributions, because there are requirements not mentioned in this summary.

The main characteristics are:

Ever since the superannuation guarantee regime was introduced in 1992, it was recognised that the administrative costs and difficulties in obtaining the details of and remitting what were often extremely small amounts to itinerant or very light casual workers were not economic.  For a very long time now, the number at which it has been considered unreasonable to require a business to make super contributions on behalf of such workers is those earning under $450 per month (equivalent to a contribution of $42.75 at 9.5%).

The Government is now proposing to remove that limit.  They have not suggested any lower limit, at this time, so presumably anyone earning any amount of salary or wage income would be required to receive their superannuation entitlement.

Back in the 2000’s, there were number of people who were advised (quite rightly, in most cases) to enter into lifetime, life expectancy or market-linked pensions.  These were products initially promoted by governments of the time as being a lifetime, self-funded supplement to the Centrelink pension.  Consequently, they were given special treatment under the social security asset and income tests.

While they benefited those members for many years, as time went by and the balances became smaller (as they were designed to do), some people found themselves trapped in products which were expensive to maintain and almost impossible to exit, regardless of how small the fund balance became.  The changes the Government are proposing should allow us to finally “retire” certain products which have more than reached their used by dates.

However, caution is still necessary and the devil will be in the detail.  Some of these older products continue to have relatively substantial balances, and also to provide members with access to Centrelink and health care card benefits which they may not be entitled to, should they be converted to normal account-based pensions.  If and when these changes come into being, both advisers and clients should carefully consider whether or not this opportunity is advantageous in each person’s specific circumstances.

A particular bugbear for SMSF members who temporarily locate overseas has been the restrictive measures relating to maintaining their super fund.  In many cases, no contributions could be made to the fund while they were overseas.  Additionally, if their absence was more than two years, there was a real possibility that the fund would need to be wound up.  [This was in stark contrast to members of larger super funds, who could continue to contribute without concern as to the length of their absence.]

While not entirely placing SMSFs on a par with large funds, the Government is now proposing to allow SMSF trustees/members to extend their absence from Australia to five years without concern, and enabling contributions to be made to their SMSF during that time on the same terms as members of other funds. [Prospective start date is 1 July 2022.]

The idea behind the FHSSS was that money which first home buyers were saving towards a deposit was being reduced, because any earnings on those savings are taxed at a higher rate than the super fund rate of 15%.  Additionally, as it is more readily available in a savings account, the temptation to spend it is greater.  The idea of FHSSS was that, if you put voluntary contributions into super, it would be a tax-effective and relatively disciplined way of saving for a deposit, which was also not accessible for other purposes.

The concept appears attractive.  Unfortunately, the mechanism chosen to release that money (at what is a very time-critical juncture when offers/auctions/settlements/etc. are happening) was extremely bureaucratic and relied on a very fast and efficient movement of multiple forms and electronic transfers between the members, their super funds and the ATO, then back to the members again (you already know how the story ends – this kind of process rarely works in the real world).

The relatively minor tax benefits offered by the initiative have not been sufficient for most people, when compared with the convenience and availability of their deposit money sitting in a personal bank account.  Consequently, this measure has been dying on the vine.

The Government has now decided to have a another try at making the scheme more attractive.  First, they have increased the maximum available amount of contributions for a deposit from $30,000 to $50,000 (anticipated from 1 July 2022).  Second, they have proposed a number of changes which would allow the ATO to be far more flexible in how it regulates the system.  It remains to be seen whether the ATO position in the middle of the process can work, even with more legislative flexibility.  They have certainly become more agile in recent years, but real estate transactions remain very time critical transactions, for which most people are hesitant to rely upon both their super fund and the ATO to execute obligations reliably, in harmony and quickly.  Consequently, in the absence of a substantially larger incentive to utilise your superannuation in this manner, we struggle to see how the FHSSS will manage to become more widely adopted.

So, in summary there was relatively little which was negative for superannuation in this Budget.  There were some missed opportunities, such as simplifying the indexation of personal transfer balance caps (a story for another day).  However, this was a very big Budget, not just in terms of spending, but in its breadth and scope.  At the end of the day, some of the simplifications we were hoping for in super may need to wait for quieter times.  And, as always – remember that these are just proposals at this stage.  Senates in recent years have been quite unpredictable in what they will let pass….and when.