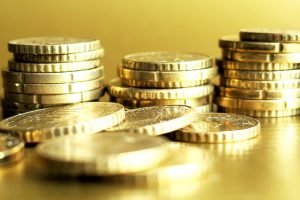 It is standard practice in many accounting firms to place any undistributed profits from a family or unit trust into a beneficiary loan account, as at 30 June each financial year.

For years, Pro-Super has counseled against this approach where SMSF’s have an associated unit trust, because the ATO (and APRA before them) have made noises about the potential of those amounts to be classified as loans by the super fund to a related unit trust. Instead, we have suggested that, while they remain in the liability side of the unit trust’s balance sheet and are an asset of the super fund, they should be expressed as “Distributions Payable” in the trust’s accounts and “Distributions Receivable” in the super fund’.

The reason for the controversy is that the courts have previously indicated that there is a difference between a “loan” where the parties intended for a lender/borrower relationship to arise, and a “payable/receivable” where the intention was only to create a debtor/creditor transaction. In some cases, it is obvious from the context of the transaction as to what its true character is. In other cases, however, it will depend on the intention of the parties.

Now, we have always been pretty sure that any objective viewing of an unpaid trust distribution would have it seen as a debtor/creditor relationship, but that has not always been the view of the entire ATO.

Well, courtesy once again of those useful NTLG Superannuation Sub-Committee minutes of 8 February 2006, we have the following:-

Concerns were raised about indications that the Tax Office is intending to treat an unpaid present entitlement between a unit trust and a superannuation fund (as a unitholder of the unit trust) as a loan to the unit trust for the purposes of the in house asset rules in section 71 of the SIS Act. Clarification was sought of the Tax Office’s views.

Tax Office response: The Tax Office accepts that an unpaid trust distribution does not of itself create a loan. The unpaid amount remains the subject of a fiduciary duty owed by the trustee to the beneficiary and has the character of monies held on trust. For the unpaid amount to become a loan, and thereby create a debtor/creditor relationship, the trustee and beneficiary must demonstrate the clear intention that the unpaid amounts are to be loans or debts. Whilst the evidence of such clear intention will vary depending on the facts and circumstances of each case, an express loan agreement between the parties or a provision in the trust deed which specifically provides that all unpaid income is to be held as debts are good examples. Where the evidence shows a clear intention for the unpaid entitlements between a unit trust and a superannuation fund to be held as loans or debts, they will be treated as a ‘loan’ for the purposes of the in-house asset rules.

The Sub-committee members agreed that the unpaid distribution should be characterised as an amount held on trust and not a loan. However, they asked whether the unpaid distribution should be considered to be a reinvestment in the trust for the purposes of the in-house asset rules. The ICAA indicated that the Tax Office had expressed some views on the matter three to four years ago.

Action item NTLGSSC0602/05: Tax Office will consider whether an unpaid trust distribution from a trust is to be treated as a reinvestment in the trust for the purposes of the in-house asset rules.

So, the moral of the story remains the same: accountants should record unpaid unit trust distributions to super funds as payables/receivables, not as loans. However, in the event that such an amount is described as a beneficiary loan account, all is not lost and it is not a fait accompli that they ATO would treat the amount as such.