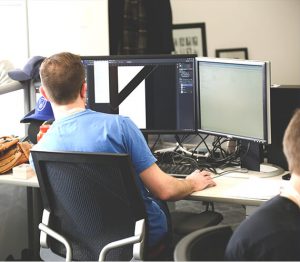 Can A Super Fund Run A Business?

Old tax advisors will remember the furor over the High Court decision in FCT v. Whitfords Beach Pty Ltd, where a few keen fishermen set up a company and bought a block of dirt with some shacks on it, north of Perth. A few years later, they sold the shares to a developer, who promptly developed the land as a residential sub-division and sold it off. In pre-CGT days, tax practitioners spent many hours plotting ways to have a transaction characterised as “capital”, rather than “income”, in order to escape the taxman. In this case, the High Court decided that the transaction had the indicia of a business; even though the land was not bought with a business intention and that the transaction was a once-off for the company. The Court ruled that repeat transactions and ongoing activity, while indicators, were not the only factors to consider in determining whether or not a business was being conducted. In this case, the commerciality with which the company went about the development and the extent of the activities carried out (re-zoning, road works, sewerage, etc.) was sufficient to characterise the activities as a land development business, even if the company was wound-up thereafter.

With the introduction of CGT in 1985, much of the incentive went out of this effort (although it has emerged since the discounted CGT regime was introduced in 1999 — note the widespread use of share buybacks by listed companies in recent years).

The problem for superannuation funds arises not because of taxation issues, but because of the Regulator’s seeming opposition to a super fund running a “business”. Due to the supposed prohibition, every time a super fund sells an asset, it accounts for it as a capital gain, rather than as income. This is the case, even though many superannuation funds are undoubtedly running an “investment business”, in the classical sense of that phrase. After all, what is a “share trading business”, if an entity which buys and sells multiple shares year-in, year-out, is not included in that definition?

However, this is the nub of the debate and the reason why the ATO and APRA have for so long found it difficult to formalise their position on the matter. Well, we now have news to report, not via a formal ruling or interpretative decision, but via minutes of a meeting of the National Tax Liason Group Superannuation Sub-Committee’s 26 October 2005 meeting. Here’s the relevant extract from the meeting:-

Carrying on a business

CPA Australia questioned whether the Tax Office would provide further guidance on whether a fund can carry on a business. The Tax Office indicated that there is nothing in the legislation to prevent it. However, there are potentially a number of issues in carrying on a business that might lead to contraventions of the SIS Act and regulations (such as the sole purpose test), or the borrowing of money. As each case must be considered on its own merits, the Tax Office cannot give a more definitive answer.

Hmmm…interesting. The issue was raised again in the next meeting, on 8 February 2006. Here is the extract:-

This issue is increasingly important as the courts and AAT have shown an increased willingness to treat a taxpayer’s activities as amounting to carrying on a business, including in the cases of share traders (such as in Shields v DFCT 99ATC 2037) and in the case of ‘tax effective’ investments that receive a product ruling from the Commissioner in which the Commissioner accepts that investors are carrying on a business.

Further clarification was requested from the Tax Office about whether a superannuation fund can carry on any type of business and satisfy the sole purpose test.

Tax Office response: In the Minutes of the previous meeting of 26 October 2005 the Tax Office stated:

‘The Tax Office indicated that there is nothing in the legislation to prevent it. However, there are potentially a number of issues in carrying on a business that might lead to contraventions of the SIS Act and Regulations (such as the sole purpose test, or the borrowing of money). As each case must be considered on its own merits, the Tax Office cannot give a more definitive answer.’

Recently the Tax Office’s Self managed superannuation funds — roles and responsibilities of trustees booklet was reviewed and amended to state:

‘A possible indication that the sole purpose test has been contravened is where a fund is running a business as part of its investment strategy. If a superannuation fund is conducting a business, it may not be administered for the sole purpose of providing benefits for the members and beneficiaries of the fund.’

In the meantime, the Tax Office’s Self managed superannuation funds — roles and responsibilities of approved auditors booklet as well as the DIY Super — it’s your money…but not yet booklet are being reviewed to ensure consistency.

So, where are we left? Well, still in no-man’s land, although the ATO seems to have opened the door just a crack on the issue. We’ll keep you informed, as this prickly issue develops. In the meantime, we keep treating super funds’ asset disposals as capital gains and see what develops.