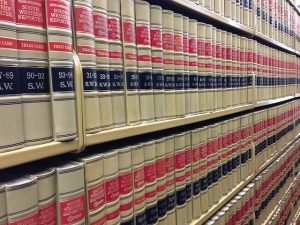 What Happens if a Trust Deed Doesn’t Have the Power to Amend?

Run for the hills! Seriously, we came across an appallingly drafted trust deed the other day, in which the drafter had neglected to insert a clause giving the trustees (or anyone else, for that matter) the power to amend it. This is very bad, as the trustees have limited options.

To explain in a bit more detail, principles of trust law do not give a power to amend the terms of a trust to anyone other than the courts, if such a power has not been specifically inserted into the deed. When you think about it, it makes sense. If the settlor of the trust has gone to the trouble of documenting how they want the trust to be managed and who they want distributions to be paid to, it wouldn’t be appropriate for the law to give, say, the trustee the right to amend the deed and, perhaps, to remove all other beneficiaries and declare him or herself the only recipient.

However, there are foreseeable circumstances in which, because of changing circumstances or otherwise, the settlor’s original intentions become unworkable (eg. a requirement to invest moneys into Blackacre is no longer possible, because Macquarie has just built a toll road over it). In such a case, the mechanism is that the trustees make an application to the courts and the courts consider the request to modify the deed provisions, and either approve, deny, or impose their own modifications. Indeed, this mechanism has been inserted into the Trusts Acts of all the various States.

While this worked very well in less legislative times, when the principles and Trusts Acts were established, it isn’t appropriate for modern trusts or superannuation funds, which are subject to our ever-changing and expanding regulatory morass. Therefore, all modern deeds (except the odd “mistake”) contain an amendment power.

But, what to do, if your deed doesn’t have one? The only choices are:-

The moral of the story, as always, is to ensure that your deed suppliers know their stuff and provide a quality product, before recommending it to your clients.